Gatwick plays a vital role in supporting local, national and international trade. We are one of the UK’s major transport hubs and have over 230 global destinations – more than any other UK airport.

Bringing our existing Northern Runway into routine use will allow us to offer more new routes to the UK’s key trading partners. At present this runway is mostly used for aircraft to taxi to their gate, or when the Main Runway is closed for maintenance or emergencies. We can make better use of it, increasing trade opportunities for local businesses.

Gatwick plays an important part in supporting local businesses. By making the best use of our runways, we can help you to reach even more trading partners.

Study into the economic impact of Gatwick Airport

How will the Northern Runway plans be delivered?

To bring the Northern Runway into routine use, its centre line will be repositioned by 12 metres to enable dual runway operations with the Main Runway and to meet all international safety standards.

There will also be improvements to airfield facilities and extensions to the airport terminals which will sit alongside other passenger improvement works across the airport such as the redevelopment of the train station. All Northern Runway works will be privately financed and will be delivered whilst minimising the impact on existing airport operations.

Read more about our Northern Runway plans and the process we’re following. 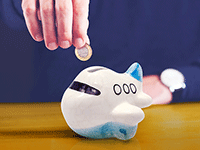 Economy
We're planning to grow your local economy
We use cookies to ensure you get the best experience from our website.|Learn more|/privacy-policy/cookie-policy/|Continue